The two even-aged forest management systems in use are clearcut and uniform shelterwood. In both systems, trees in the mature forest are even-aged and after the harvest, a new even-aged forest is regenerated. The difference between the two systems is the amount of light available for the establishment of regeneration.

Mid-tolerant trees are those that can tolerate partial shade as saplings, but also require some sunlight in order to thrive. They include tree species such as oak, ash, hemlock, and white pine. Forest stands that are dominated by mid-tolerant species tend to be “even-aged” – that is, most of the trees are the same age.

The shelterwood silvicultural system is used with “mid-tolerant” species. It involves the complete removal of a stand in a series of cuts, while a new stand develops in the partially shaded “understory”. It mimics major, natural disturbances such as wind, fire, and insects, that leave large gaps in the forest canopy where mid-tolerant species can thrive. It produces an even-aged stand of trees.

The uniform shelterwood system accounts for approximately 47% of harvest in Algonquin Park. 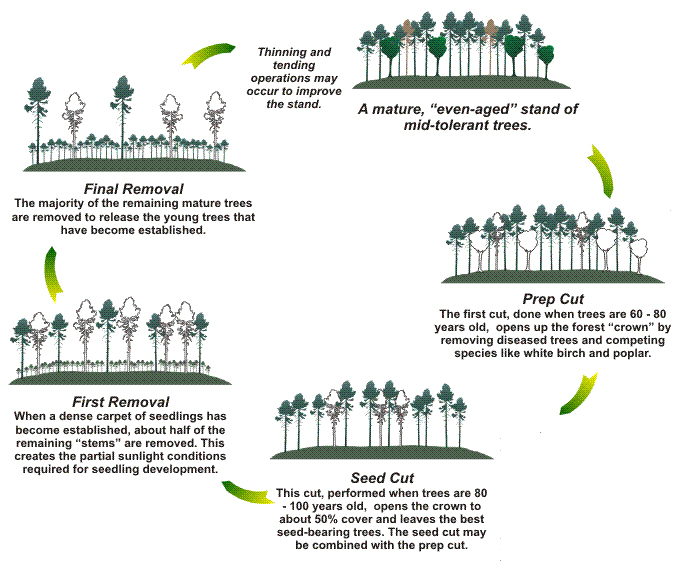